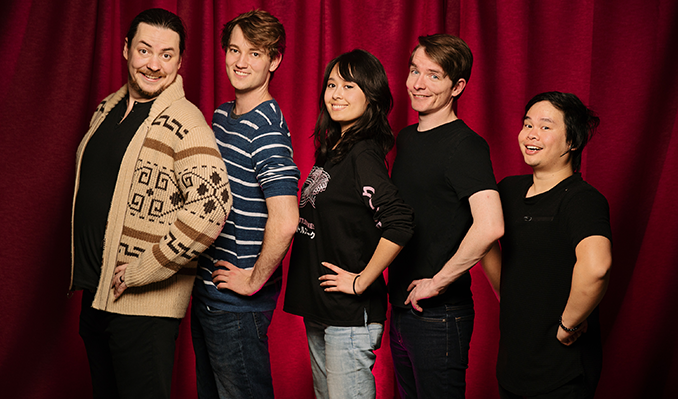 Everyone’s favorite improvisational animation game show is back and it’s bigger and better than ever! Scribble Showdown, is returning with it’s original cast of YouTube’s biggest animators Odd1sOut, JaidenAnimations, Domics, RubberNinja and host Egoraptor aka Arin Hanson of Game Grumps!

The tour, which sold out it’s first North American tour last October will be making it’s big return across North America as well as Toronto, Ontario and London England for a total of fourteen unforgettable shows! The fun gets underway starting in Phoenix, Arizona on July 9th at the Phoenix Symphony Hall and will hit a variety of major 2000+ venues including The Chicago theater and the famed Dolby Theatre in Los Angeles.

Fans will watch as the animators battle it out using their talent, wit, and most importantly the audience to win it all! Come see who will be crowned the next Scribble Showdown champion in a city near you!

Read More
*Service and handling fees are added to the price of each ticket.